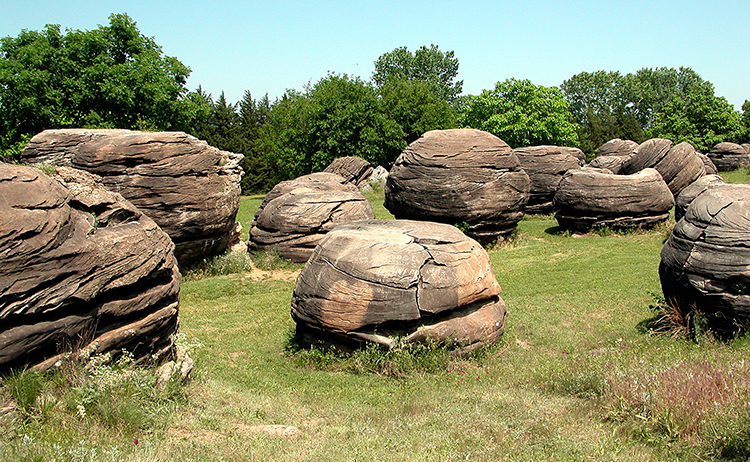 Huge sandstone spheres ranging up to 20 feet in diameter cover an area roughly the size of two football fields at Rock City, about four miles south of Minneapolis in Ottawa County.

Known as concretions, the spheres weathered out of a sandstone layer in the Dakota Formation. The sandstone was formed mainly from sand deposited along the edge of a sea that covered the western half of Kansas about 100 million years ago during the Cretaceous Period.

Over time, the sand was buried and then compressed and cemented into solid rock. Groundwater circulating through the sandy rock deposited a limy cement in some portions of the formation, making those parts of the rock more resistant to erosion. After the softer, uncemented portions of the sandstone layer weathered away, the cemented spheres were left standing on the surface. An interesting feature of the Rock City concretions is cross-bedding, or angled lines. These lines were likely caused by water currents that molded the sand at the time of deposition.

Rock City is operated by a local non-profit corporation, which charges a small admission fee, used to maintain the park. Similar but more irregularly shaped Dakota sandstone concretions can be seen at Mushroom Rock State Park in Ellsworth County. 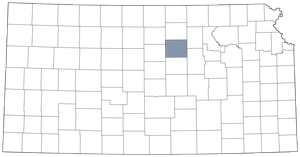