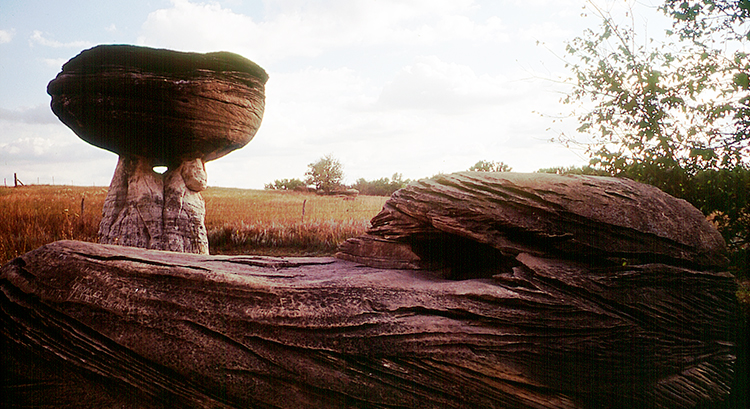 The strangely shaped rocks at Mushroom Rock State Park in Ellsworth County are composed of sandstone from the Dakota Formation.

The sandstone formed from sand and other sediment deposited along the edge of a Cretaceous sea about 100 million years ago. Over time, circulating water deposited a limy cement between the sand grains in some parts of the formation, creating harder bodies of rock, called concretions, within the softer sandstone layer. When the softer surrounding sandstone eroded away, the concretions were left standing.

Although concretions are often spherical, they can also be irregular like the ones at Mushroom Rock State Park. There, elliptical tops on stems resemble the fungi that gave the park its name.

Mushroom Rock State Park is north of Kanopolis Lake. A large field of similar but more spherically shaped Dakota sandstone concretions can be seen at Rock City in Ottawa County. 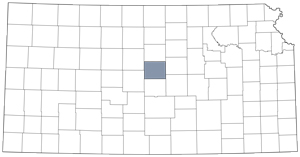