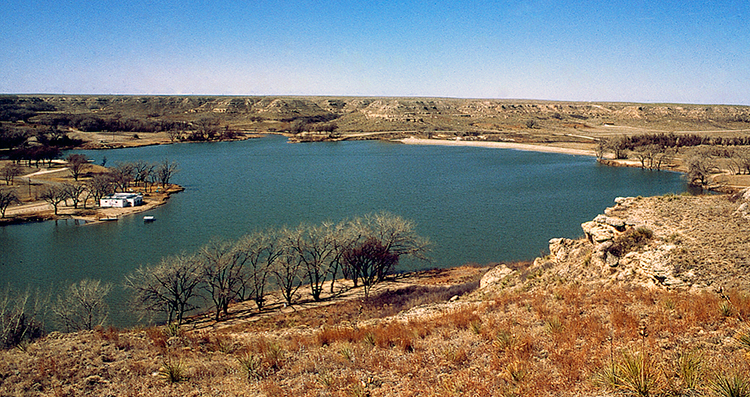 Like an oasis in the desert, the Lake Scott State Park area stands out from the typical High Plains landscape of western Kansas. Situated in a valley carved into the steep bluffs of the Ogallala Formation, the 100-acre lake is surrounded by canyons and natural springs.

The Ogallala bluffs consist of cemented sands and gravels that eroded off the Rocky Mountains millions of years ago during the Neogene Period. The Ogallala overlies the Niobrara Chalk, formed from sediment deposited on the bottom of a Cretaceous sea that covered a large swath of North America about 80 million years ago. At the south end of the park, the Ogallala forms a long ridge called Devil's Backbone. Big Spring and other springs in the area flow from the contact between the Ogallala and the Niobrara Chalk beds.

Originally called Lake McBride, Lake Scott was one of the first areas set aside in the Kansas parks system. Besides providing recreational opportunities, it is rich in history and archaeology. A stone homestead is within the park boundaries, and the ruins of El Cuartelejo—the northernmost pueblo in the United States and a designated National Historic Landmark—are on the west side of the lake. Taos Indians built El Cuartelejo within a Plains Apache settlement after they temporarily moved north from the U.S. Southwest in the 1600s. 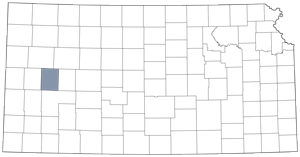