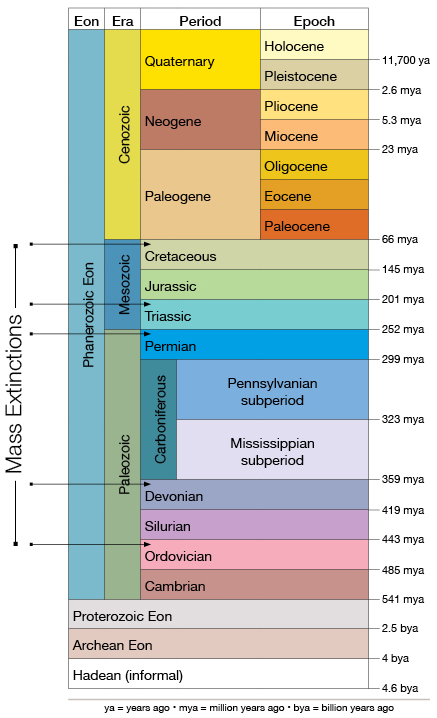 Mass extinctions are episodes in which a large number of plant and animal species become extinct within a relatively short period of geologic time—from possibly a few thousand to a few million years. After each of the five major mass extinctions that have occurred over the last 500 million years, life rebounded. However, it took tens of millions of years of evolution for species diversity to be restored. Based on evidence in the fossil record, scientists have identified major extinction events at the end of these geologic periods: