Two scenic routes with very similar names pass through the rugged mesa-and-butte landscape of the Red Hills region in south-central Kansas. Named for its red soil and rocks, the region is also known as the Gypsum, or Gyp, Hills because gypsum layers cap the hilltops.

The first route — the Gypsum Hills Scenic Byway — is a 42-mile stretch of U.S. Highway 160 from Medicine Lodge in Barber County to the highway's junction with U.S. 183 just north of Coldwater in Comanche County. As it nears the junction, the byway crosses into the adjoining High Plains region.

The second route — the Gyp Hills Scenic Drive — is a 22-mile loop through the heart of the Red Hills region in Barber County. Starting three miles west of Medicine Lodge at the junction of Highway 160 and Gyp Hills Road, the route runs south on Gyp Hills Road, turns west on Scenic Drive, and heads back north toward the highway on Lake City Road.

While the Gypsum Hills Scenic Byway provides easy access to sweeping Red Hills and High Plains vistas, the Gyp Hills Scenic Drive offers a more up-close and slower-paced experience. Much of that route is unpaved, however, so the road can be precarious in bad weather. Travelers also should keep in mind that land along the route is privately owned and cattle can wander onto the road in open-range areas.

The mesas and buttes in the Red Hills region were shaped by a combination of natural processes over hundreds of millions of years. Sediments deposited by intermittent seas that covered the area during the Permian Period about 260 million years ago were buried and gradually compressed into layers of sandstone, shale, gypsum, and other rocks after the seas receded. Over time, stream erosion exposed subsurface rocks and shaped hills. Iron oxide, or rust, provided their color. Because natural wildfires have become more controlled since the beginning of settlement, red cedar — the only juniper native to the state — has proliferated in the region. 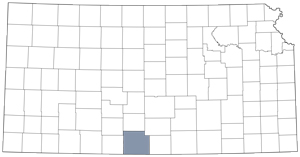 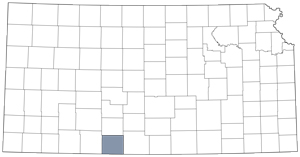