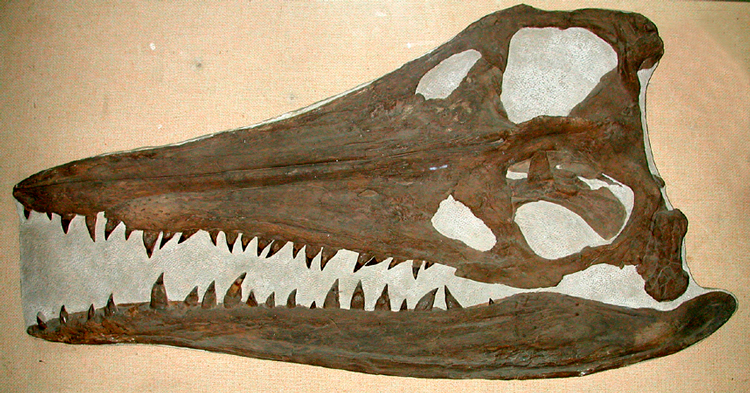 Plesiosaurs were large, swimming reptiles that came in two varieties—long necked and short necked—and had short tails and four paddle-like flippers. They died out during the mass extinction at the end of the Cretaceous Period 66 million years ago.

Theophilus Turner—a U.S. Army surgeon at Fort Wallace not far from the Colorado border—discovered the first plesiosaur fossil in Kansas in 1867. At about the same time, the first railroad through western Kansas was being built. In 1868, the plesiosaur bones were packed in crates and carried on military wagons more than 80 miles to the nearest railroad stop. From there, they were shipped east to Professor Edward D. Cope in Philadelphia.

Geology and Paleontology of Northwestern Kansas