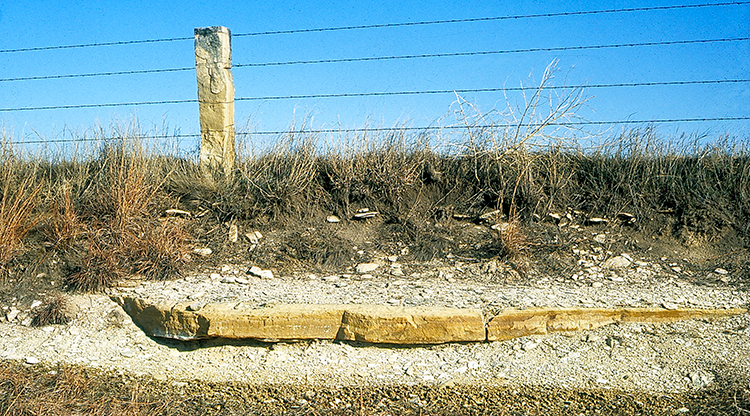 Lacking wood for fence posts on a treeless prairie, early settlers in north-central Kansas quarried limestone posts, stuck them along the edges of their fields, and strung newly invented barbed wire from post to post to mark their property. Because of this common use in the area, the layer of rock the posts were made of became known as Fence-post limestone. As the top layer of the Greenhorn Limestone formation, it was easily accessible within a few feet of the surface.

Post rock country is about 200 miles long, stretching diagonally southwest from near the Nebraska border in Washington County to just north of Dodge City in Ford County. East to west, it ranges from less than 10 miles to nearly 60 miles wide.

Still dotted with the fence posts, the region also has many churches, barns, homes, bridges, businesses, and courthouses constructed of Fence-post limestone. By 1940, production of limestone had slowed significantly, however, so most were built before then. As improved transportation made cheaper building materials readily available, the time-consuming process of quarrying limestone posts, which could weigh up to 400 pounds each, became less economical.

Outcrops of Greenhorn Limestone and the red sandstones of the Dakota Formation can be seen along the scenic back roads between Bunker Hill (I-70 exit 193) and Wilson Lake Dam in Russell and Lincoln counties. 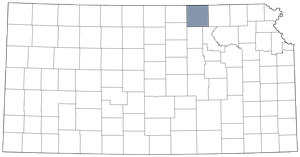 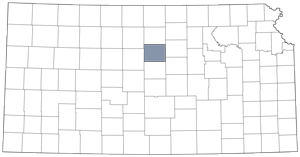 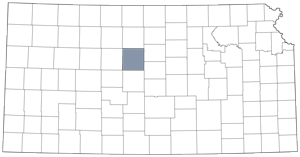 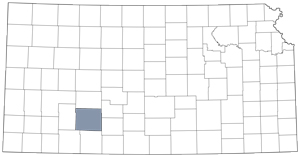 Land of the Post Rock: Its Origins, History, and People: University Press of Kansas.