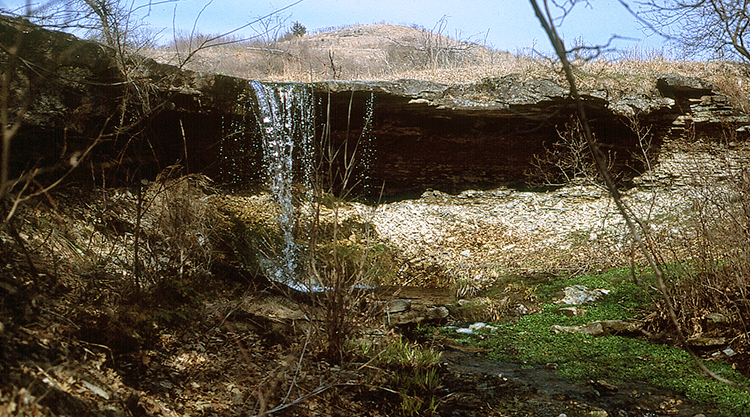 Alcove Spring in Marshall County is a prime example of the important role springs played in the settlement and early transportation patterns of the United States. It was a stop on a route used by travelers on both the Oregon and California trails in the mid-19th century—including the ill-fated 1846 Donner party that later became snowbound in the Sierra Nevada mountain range with tragic results. (A member of the party also died earlier at Alcove Spring and is buried there in an unknown location.)

Water from Alcove Spring is emitted over a hard, resistant Permian limestone ledge overlying soft shale, drops as a waterfall over the edge of the ledge into a shallow pool, and then runs toward the nearby Big Blue River. The waterfall flows mainly during the spring months and is usually dry by summer.

Edward Bryant, who stopped on his way to California in 1846, wrote that the water was "as cold and pure as if it had been melted from ice. It gushed from a ledge of rocks, which composes the bank of the stream, and falling some ten feet, its waters are received into a basin fifteen feet in length, ten in breadth, and three or four in depth...Altogether it is one of the most romantic spots I ever saw."

The spring, which is on the National Register of Historic Places, is part of a publicly accessible park operated by the Alcove Spring Preservation Association. Besides the spring and waterfall, the 246-acre property includes mowed walking paths and two areas with intact swales (wagon ruts). 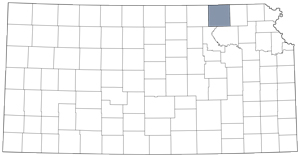 What I Saw in California: Being the Journal of a Tour (1849) by Edwin Bryant.