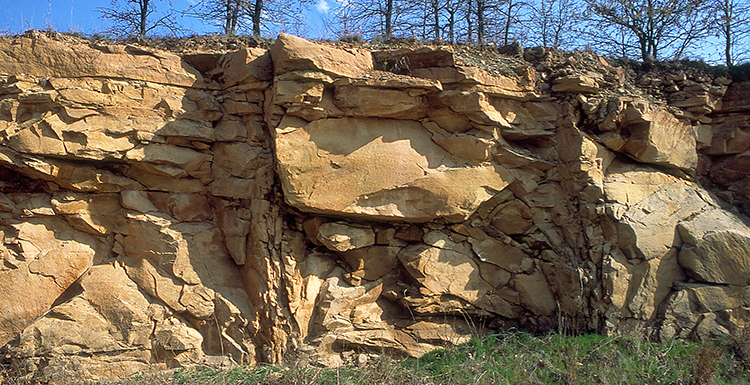 Cross Timbers State Park—surrounding Toronto Lake in southwestern Woodson County and a short distance into Greenwood County—provides an up-close look at the thick sandstone layers that help shape the Chautauqua Hills region and the coinciding ancient hardwood trees and grasslands of the Cross Timbers ecoregion.

The rocks, mainly sandstones, in the Chautauqua Hills are part of the Tonganoxie Sandstone Member of the Stranger Formation and Ireland Sandstone Member of the Lawrence Formation. Locally known as the Chautauqua sandstone, the thick rock units formed primarily from sand, silt, and mud deposited in an ancient river valley on the northern edge of a Pennsylvanian sea about 300 million years ago. Later buried and compacted, the sand deposits were compressed into sandstone and the muds into shale.

Cross Timbers State Park, which lies in the gently rolling Verdigris River valley, has miles of trails for walking, hiking, and backpacking. All but Ancient Oaks Trail—an interpretive trail featuring trees dated as far back as the 1720s—are also open to runners and mountain bikers. Toronto Lake is a reservoir built on the Verdigris River, and boating, camping, and other recreational opportunities are available. 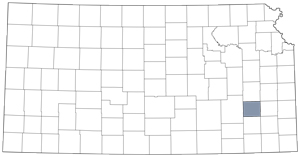 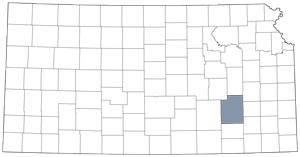