The Ozark Plateau region is the smallest in Kansas, covering just 55 square miles in the southeastern tip of Cherokee County and the state. It is, however, part of the much larger regional Ozark Plateau that extends tens of thousands of square miles into Missouri, Oklahoma, and Arkansas. In Kansas, the Ozark Plateau region is bounded approximately by the Spring River on the west and includes the towns of Galena and Baxter Springs, which lie along the western bank of the river. 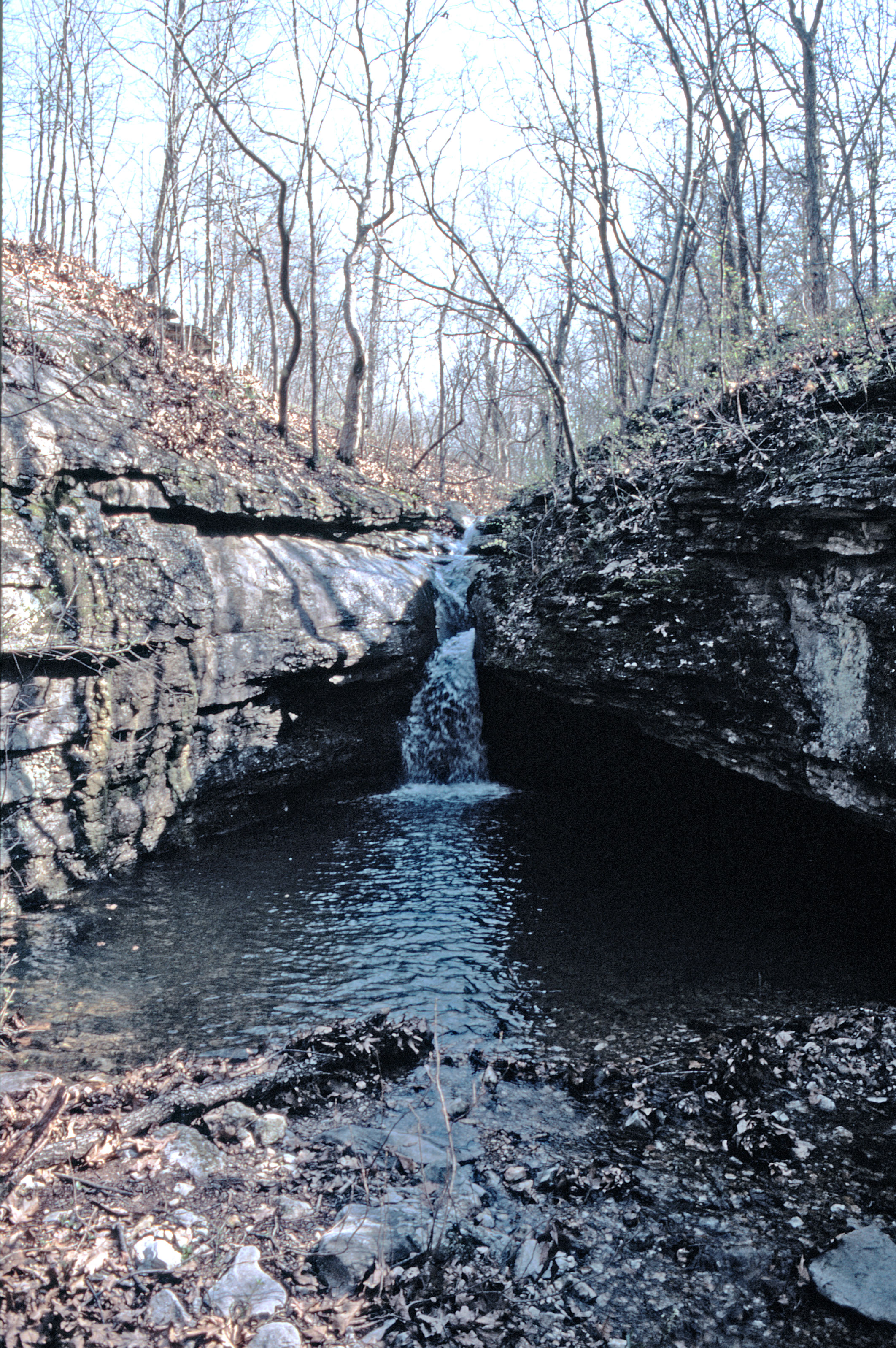 The oldest rocks at the surface of Kansas—limestones that formed about 345 million years ago during the latter half of the Mississippian subperiod—can be found only in this region. At that time, seas in the area rose and fell. As the sea retreated, sediments that had settled out of the water in thick deposits on the sea floor eventually were buried under younger layers and compressed or cemented into rock. Limestones, and occasionally shales, formed, depending on the composition of the sediment. When the sea retreated for long periods, rocks at the surface eroded. The Mississippian limestones contain chert (or flint). Because chert is much harder and more resistant to weathering than limestone, erosion of the softer limestone has left a thick blanket of chert gravel on the hilltops and ridges.

Much of the soil in the Ozark Plateau is rocky and thin, meaning only a thin layer covers solid rock below. Combined with steep slopes, that makes most of the region unsuitable for farming. Cropland is restricted to the valley floors of Shoal Creek and Spring River. Many of the hillsides are covered with hardwood forests, predominantly oaks and hickories.

Southeast Kansas averages more than 40 inches of precipitation a year, making the Ozark Plateau one of the wettest places in the state. Ages of precipitation percolating through the joints and fractures of the Mississippian limestones has created caves. The water also feeds seeps and springs that drain into clear streams that flow over gravel beds. Through time, the streams carved out steep-walled valleys that provide the region's topographic relief, which varies in elevation from 1,040 feet to about 770 feet above sea level.

Schermerhorn Park, one mile south of Galena, provides exceptional access to the main attributes of the region, including Shoal Creek (a major tributary of the Spring River), Mississippian limestone outcrops, Schermerhorn cave, and a typical Ozarkian hilly, forested landscape. Spring River Wildlife Area on the west bank of the Spring River also offers hardwood uplands as well as native and restored grasslands.