When an artesian aquifer (water-bearing rock formation) is tapped by drilling a well through the overlying impermeable rock, water flows, or even shoots, to the surface. Artesian conditions are not the norm elsewhere. Usually, water in an aquifer is not pressurized and has to be pumped up from the level at which it is encountered during drilling.

During a 1939 drill test in Meade State Park to measure the artesian head (the distance water will rise above ground level), water rose through a pipe 17.4 feet above the surface. Today, however, because irrigation has lowered the water table, flow from the springs and artesian wells in the area has diminished or stopped altogether. 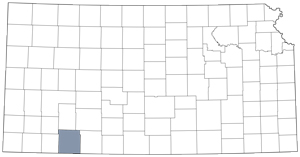