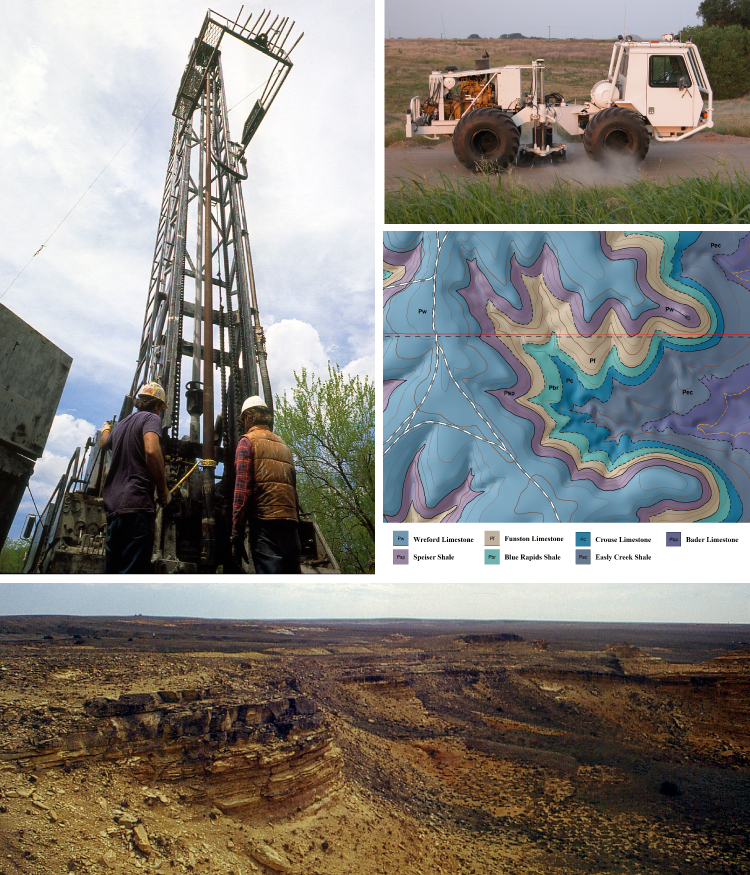 Kansas has an amazing history recorded in its rocks, minerals, and fossils. How do we know? Geologic exploration.

In the late 1800s, Cretaceous fossils uncovered in western Kansas led to a paleontological boom in the state. Still using rock hammers but further fortified with GPS and other modern technology, today's scientists continue to head to the field to gather rocks and fossils.

Drilling down through history

Scientists drill holes deep into the ground to bring pieces of the past up to the surface.