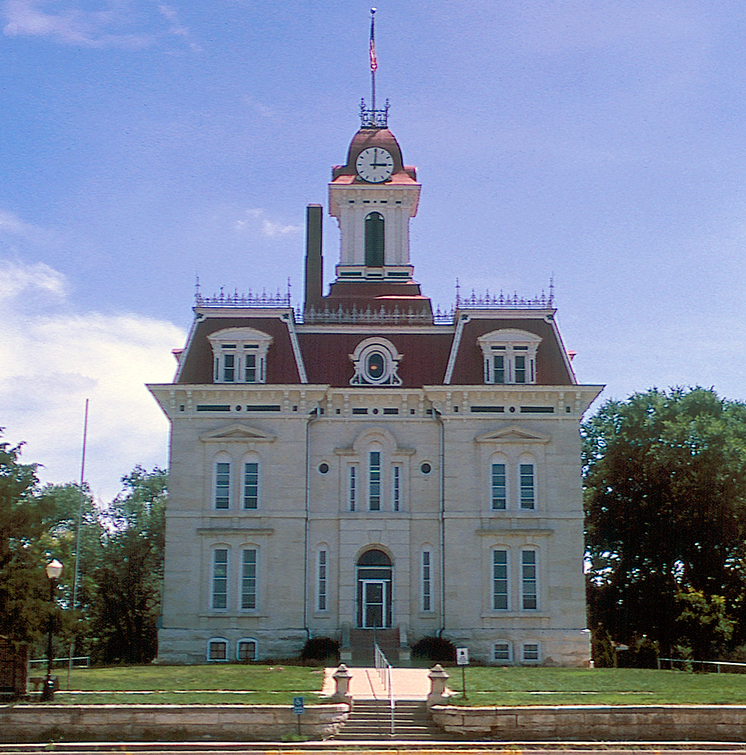 The architectural style of the Chase County Courthouse—French Second Empire—isn't native to Kansas, but the limestone on its exterior is local and the three-story spiral staircase inside is constructed from walnut trees along the nearby Cottonwood River. Second Empire details on the building include a mansard roof (characterized by sloping sides), paired windows, brackets under the eaves, decorative ironwork on the roof, and the clock cupola. Completed in 1873, the courthouse in Cottonwood Falls is the oldest still in use in Kansas.

The fall at Cottonwood Falls drops a few feet over a dam on the Cottonwood River that was first constructed out of cottonwood trunks in 1860 to provide water power for a mill used to saw logs and grind grain. It was later rebuilt out of limestone then covered with concrete and was used in the early 20th century to generate electricity. The river, dam, and fall can be viewed from a renovated 1914 arch bridge just a few blocks north of the courthouse. 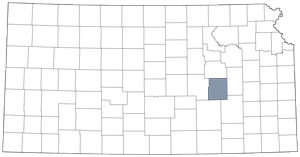