Sandstone-capped hills characteristic of the Chautauqua Hills region are visible along a 14-mile stretch of U.S. Highway 160 between Longton in Elk County and Elk City in Montgomery County. The sandstones capping the hills along this route are the Tonganoxie Sandstone Member of the Stranger Formation and the Ireland Sandstone Member of the Lawrence Formation. Both formed from sand deposits that filled a large river valley during the Pennsylvanian subperiod about 300 million years ago. The sandy sediment, dropped out of a stream flowing into a nearby shallow sea, was eventually buried and compacted into rock, then exposed at the surface again and shaped into hills by water and other erosional forces. 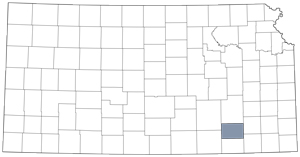 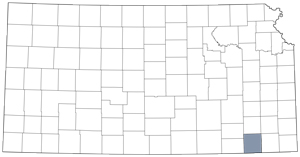