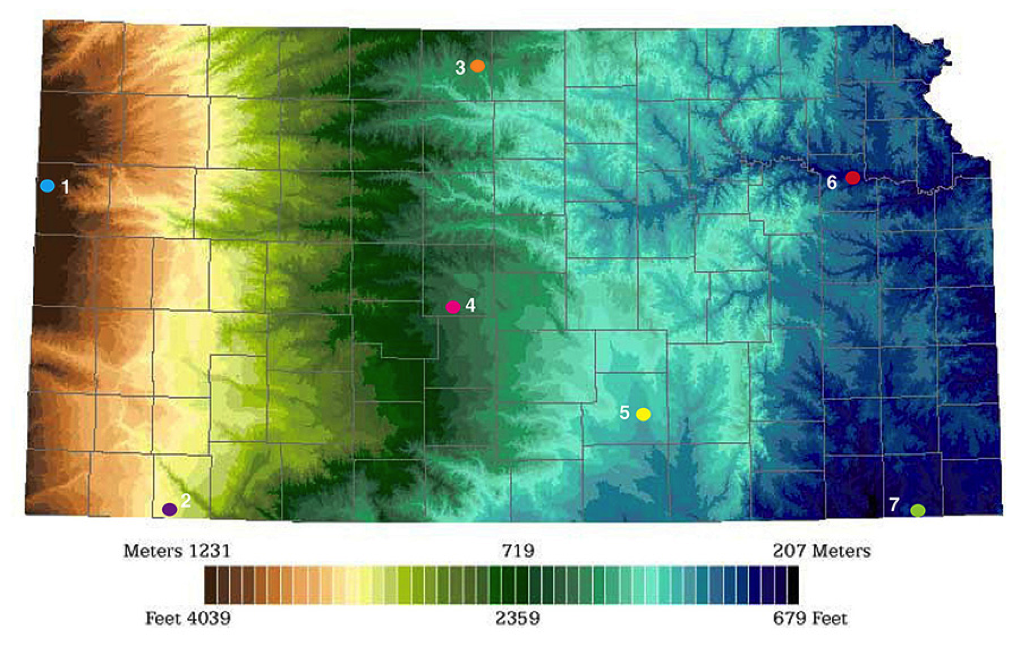 The map above shows seven Kansas locations in relation to the changing elevations: